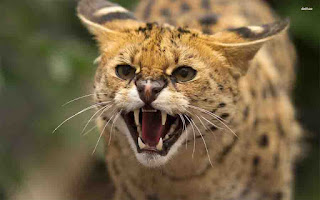 No nonsense if we say that mental health sufferers are still exposed to community negative stigmas. In fact, the stigma is not only attached to the sufferers, but also to the mental hospital as well. Patients became reluctant to seek treatment at the mental hospital due to it. Though it is the main way to achieve recovery. It cannot be denied that there are other place for treatment than the mental hospital. Among them are public hospitals or private practice of psychiatrists. This post talked about psychiatric therapy to patients with mental illness.

The strong negative stigma causes the patient to isolate themselves and stay away from the friendships. I've experienced it too. You can read it in my other post. Similarly, pessimistic feelings still fettered at the time. Fortunately I have a coping mechanism to overcome this. It still takes a long time to scrape the negative stigma out. With the easing of the stigma, it is hoped that the sufferers sufficiently confident to work and perform for the public.

In addition to the patients and mental hospitals, negative stigma is also directed to the disease itself. In Indonesia, mental health illness, especially schizophrenia is said to occur because the sufferer is less devout of religious teachings. Of course, this is not true. But this stigma is already firmly attached as well.

Drug Therapy as The First Pillar of The Treatments

Mental health illness is the same as any other disease. Even if drugs do not cure the disease, but it can relieve symptoms experienced by the sufferer. Drug therapy is the first and the main pillar for patient treatments. Once the patient begins to recover, then we think of other forms of therapy. Please read here to know the drugs used for psychotic symptoms that accompany schizophrenia and bipolar. Similarly for most other mental health illness.

Of course hope to recover is still wide open for people with mental health illness. With the right medicines and treatments, the sufferer can still live independently. Of course initially should be assisted by other parties. However, when they have reached recovery, then the mental health illness sufferers can finance his or her own life. Even married and have children as well.

Women do have more constraints when suffering from mental health illness. Especially when she is married and want to have children. If she uses antipsychotic drugs, she will certainly face the risk of side effects. This could endanger the fetus. Is there a way out?. Of course there is. For example, by using electric shock or ECT as her treatment. Now this method is much safer and comfortable than when it was first introduced at the nineteen fifties.
A number of patients reported that improved conditions occurred after two sessions of therapy using this electro-convulsive therapy. Psychiatrists will use it measurably in pregnant women. Many studies have reported that ECT or electro-convulsive therapy is safe for pregnant women as well. That means there is no reason to worry too much.