Bipolar Disorder Treatment Without Medication Is Your Worst Enemy, Read This! 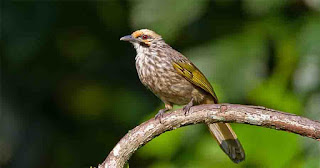 No one in this world wants to suffer severe mental health illness. Including bipolar disorder, of course. When the psychiatrist stated that I was suffering from this serious mental health illness, I instantly made a denial. Plus the notion that the disease is basically incurable, the more sad I am. Drugs that are used and prescribed by physicians are basically just relieving the symptoms that accompany this disease. My family and I have tried to get bipolar disorder treatment without medication. One reason is the negative stigma attached to the disease and its sufferers.

I was trying to get bipolar disorder treatment without medication with terrible results. Not the healing I got, even my illness was getting worse. I experienced relapse and for the umpteenth time being hospitalized in a mental hospital in Lawang area, Malang regency. But there was a positive gain after undergoing outpatient for a year's time. The psychiatrists there found that I had bipolar instead of schizophrenia. Previous psychiatrists at a general hospital in Malang Municipality did diagnose me as a schizophrenic for dozen of years. Since then clinicals have dealt with my disease more directed with satisfied results. You might read here on this article to know the differences between bipolar disorder and schizophrenia.

My previous experience showed that bipolar disorder treatment without medication is a huge nonsense. You should consider carefully if you want to try it. The handling that I experienced was very horrible. I was kept tied on the stocks for more than two weeks. Previously I inhabited a closed cage for more than a week. Out from there, I was indeed being hospitalized in a mental hospital for over a month. After that, my condition began to improve.

Those of you who live in a developed country may indeed have a better option than me who live in Indonesia. You probably do not need to be caged or isolated if you want to try alternative medicine. However, be careful when stopping the consumption of drugs. You can review an article here on standard treatment for bipolar disorder.

Electric Shock for The Treatment

This is a "new" treatment that was reported to be much safer. I give quotes marks because actually this way has long been practiced, but the procedure is much more comfortable. You will not feel tortured with this modern procedure. You can read more about this electric shock therapy in this post. Some research proved that this way was even very safe for pregnant women. However, the question is, whether this way can provide permanent cure?. This is still a big question. In the meantime, do not rush to do bipolar disorder treatment without medication as well.

Email ThisBlogThis!Share to TwitterShare to FacebookShare to Pinterest
Labels: bipolar