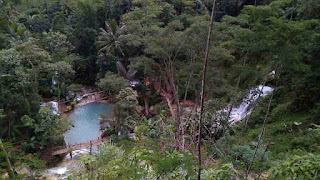 In any population, we can almost be sure that there is around 0.8 percent inhabitants who suffered from schizophrenia. Other sources mention a figure of one percent. This severe psychiatric illness has had a serious impact for the entire population. Due to their disability, schizophrenic become dependent for their family members or the government.

It is indeed schizophrenic has been classified as being one of the persons with disability nowadays. Exactly is mental disability. Of course along with other severe mental disorders such as bipolar and schizoaffective disorder for example. Not really went sour, however, it says the reality. Fifteen percent of people with schizophrenia living in the workhouses and rehabilitation. Fifteen percent more live vagrancy on the streets. All of them without any guarantee of the future.

Try to put yourself in the shoes of the sufferer. How it feels when we ourselves are experiencing severe mental health disorder?. It certainly would be very pitiful. I myself as the author of this post is suffering from a type of disorder that heavy soul. Speaking frankly, I suffer from bipolar disorder. Before this diagnosis, the doctors diagnosed the disorder I experienced as schizophrenia. Cause that's what I am interested in this subject.

Then, how is the treatments for the schizophrenic?. In any writings you will get the same answer. There are three pillars to deal with schizophrenic known to date. The first is the drug therapy along with psychiatrists, just the same with other mental disorder sufferers. Like for bipolar disorder for instance. This is the first and could not be abandoned. After the patient's condition began to improve and stable, then we can talk about other types of therapy.

The second pillar is psychotherapy along with a psychiatrist or psychologist. You can choose the appropriate clinical psychologists on health care nearby. It's important to change the inappropriate way of thinking and counterproductive. I myself as the sufferer gets a lot of benefits with psychotherapy. Counseling with a psychologist when the conditions are not yet fully stable should be prioritized so that the sufferers having medicine diligently and do not refuse medical treatment anymore.

Last but not least, join support groups for schizophrenia is the third pillar that are no less important. We can get the psychoeducation of encounter groups of this kind. Equating the perception about what should and should not be done to the schizophrenic. Some of the undisclosed problems might arise when the meetings have been happening. For example, choosing the right psychiatrist and others.

With weaves networks like this, we are not feeling alone in dealing with the illness. So much homework to finish. Including reducing the negative stigma against schizophrenia and its sufferers. It will be easier when we organize ourselves as well. Hopefully this article will be helpful.